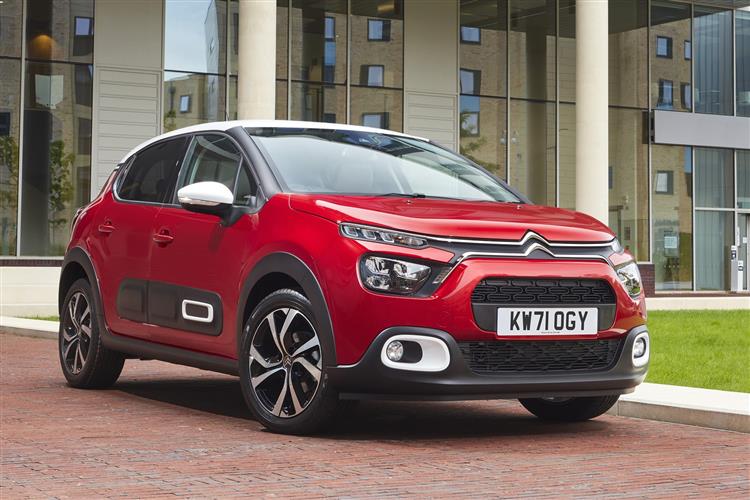 The improved version of Citroen's third generation C3 supermini is a crucial car for the French brand. Can it deliver? Jonathan Crouch checks it out

Today to survive, Citroen must offer more than just sensible efficiency: the PSA Group has its Peugeot brand to deliver that. And its DS nameplate to offer a fashion-conscious premium option for those prepared to pay a little more. Which leaves Citroen needing to go back to being the kind of manufacturer it once was, fun, innovative and different. Which, at first glance at least, appears to be what's served up here with this improved version of the third generation C3 supermini. Over 750,000 MK3 C3 models have been sold since the car was launched in 2016 but there's tougher competition now, not least in the form of this car's in-house PSA Group supermini cousins, the MK2 Peugeot 208 and the latest 'F'-series Vauxhall Corsa. Unlike this this C3, those two contenders ride on the group's more modern CMP modular platform. The C3 plods on with the older PF1 chassis. Still, who cares about the oily bits? This car's smarter, comfier and far more customisable now. What's not to like?

Small French cars used to ride beautifully, grip tenaciously and flow from corner to corner with relaxed, unflustered motion. As, by and large, this one does. It may come as news to some motoring journalists but most supermini buyers don't routinely want to throw their cars about as if they were on stage from the RAC Rally. What most of them would prefer is a model that rolls the red carpet over the average appallingly surfaced British road. As, to a great extent, this one does. It's all down to the way that the fairly conventional suspension set-up has been tuned, though the downside of that is inevitably extra body roll through the bends. Stay with it though and you'll find that there's actually more grip and traction on offer than you might think. As for engines, well the PureTech three cylinder 1.2-litre unit is frugal and willing, while the 1.5-litre BlueHDi diesel is amongst the cleanest and most frugal engines of its kind in the industry. First up is the 1.2-litre petrol PureTech unit which offers either 83 or 110hp and delivers the same distinctive three cylinder thrum but accompanies it with pokier performance. The turbo 110hp variant gets a 6-speed manual gearbox and can be ordered with an optional EAT6 auto transmission. There's also a BlueHDi 100 diesel manual option with a 5-speed manual 'box.

The idea here is to offer supermini buyers a little more energy and personality - and that's broadly what's delivered. In late 2020, this car received a lightly re-styled front end, with stylised changes inspired by the brand's recent 'CXPERIENCE' concept car that were supposed to accentuate your perception of the height of the bonnet. We're not sure about that, but like the smarter headlamps which feature LED beams. In profile, you might notice the vibrant rear quarter panel patterns. And the fact that the distinctive side lower 'Airbump' panels stand out, plus, dependent on version, there are wheel arch extensions and larger 17-inch wheels. At 3.99m in length, this car remains slightly smaller than some of its rivals, but it's more interesting to look at and Citroen promises that it'll be just as customisable to buyer preference as it ever was. Inside, plusher C3 models these days get the supportive Advanced Comfort seats we first saw in the MK2 version of the larger C4 Cactus, which claim to offer 'armchair-like' comfort that's emphasised by the addition of an armrest on the driver's side. There's also a clever central storage area. And a smart 'glossy appearance' for the 7-inch centre-dash infotainment touchscreen, which featurers a useful 'rib' at the bottom to rest your finger on between monitor jabs. As you'd expect, this display incorporates voice recognition, Bluetooth, a DAB tuner and 'Apple CarPlay'/'Android Auto' smartphone-mirroring. Plus you can have it with Citroen's Connect Nav GPS system. Plus there's a 'TomTom Live Traffic' feature which provides real time traffic information and information on fuel stations, carparks and weather along your route. Citroen says that it's drawn inspiration from travel and home interior design to create an interior that aims to feel like an extension of the driver's home. The perception of space is heightened by the horizontal dashboard, which runs across the whole width of the vehicle. The design of the interior trim and the shape of the chrome-finished air vents also combine to enhance the perception of width. Customers get a choice of cabin finishes and you can also have a panoramic sunroof that fills the cabin with natural light. The rear seat isn't especially big by supermini standards, but it'd be fine for a couple of kids. Out back, there's a decently-sized 300-litre boot.

The price range now spans the £13,000 to £21,000 bracket. There's a choice of five trim levels - 'You', 'Sense', 'C-Series', 'Saint James' and 'Shine Plus'. Potential buyers will need to make sure that they leave some budget aside for personalisation. This remains the most customisable supermini in its segment, with a vast number of visual spec combinations. This includes vibrant body colours and bi-tone choices (incorporating the roof, door mirrors and the rear quarter panel trim), plus optional coloured inserts around the fog lights and the Airbump panels, as well as graphic trims decorating the roof for a more distinctive pavement presentation. Equipment levels remain pretty generous. Even base 'Sense' trim gets you Airbump panels, LED headlights, a seven-inch capacitive touchscreen, Apple CarPlay and Android Auto, automatic air conditioning, six airbags, lane departure warning, speed sign recognition, coffee break alert and power folding door mirrors. The 'Saint James' trim level references Citroen's French heritage, taking inspiration from the Saint James clothing brand that was founded in 1889 and celebrating the artisan traditions of north-west France. Standard equipment with this spec includes Advanced Comfort seats, featuring broad cushions and cossetting seat backs. Plus an exclusive 'Saint James' exterior styling pack with logos and a 'Saint James' roof decal, a soft touch dashboard facia and bespoke carpet mats. Other features include a leather-covered steering wheel, reversing camera, dark tinted windows and 16-inch 'Hellix' bi-tone diamond cut alloy wheels. Plus there are some really clever optional touches. Of these, our favourite is the 'ConnectedCAM Citroen' system. Here, you get a forward-facing two-megapixel, GPS-enabled camera mounted in the rear-view mirror. It's there for two reasons; sensibility and fun. The 'sense' bit lies in its capability to record any traffic incidents or accidents, since it activates in an impact and stores the preceding 30 seconds and following 60 seconds. However, there's a fun purpose too, given that the driver can also click a button to safely take exterior photos or videos of the view through the windscreen and then share this content through social networks.

Almost every fashionable type of technology has been thrown at this car to drive its running costs down and, as you'd expect, the best returns can be achieved from the BlueHDi diesel model. Most will choose a petrol model though. The PureTech 83 variant manages up to 54.3mpg and a WLTP emissions figure of 122g/km. And for the PureTech 110, it's up to 54.5mpg and up to 123g/km (WLTP) in manual form. For the BlueHDi diesel, it's up to 70.6mpg and 113g/km (WLTP). Enough on engine efficiency. What about other financial considerations? Well, regular service intervals come round every 16,000 miles or 12 months, depending on which comes sooner. For many supermini owners, this will mean a visit to a dealer once a year and there are plenty of Citroen outlets to choose from, so you should never be too far from one. So you can budget ahead, the French maker offers its 'Citroen Maintenance' scheme that lets you pay either a one-off fee or monthly instalments to cover the cost of the routine upkeep of your car for as long as three years and 35,000 miles.

As superminis go, this improved C3 isn't an orthodox choice, but then that's part of its appeal. In time honoured Citroen fashion, a C3 is just that little bit different, with smart, slightly quirky looks and some fun aesthetic options if you want them. Of course, there'll be lots of people who just won't get what this car is trying to be. After all, there isn't really any need for Crossover cues on supermini. You can probably survive a trip to the supermarket without the protection of Airbump side panels. And will your friends really want 'ConnectedCAM' pictures of your journey to the gym on their Twitter feeds? Probably not. If you're tempted to take this perspective, then you'd probably be better off considering another contender in this class, a supermini that might well be better to drive and more spacious inside than this one. But also a car that might well feel bland and boring after experience with this Citroen. All of which leaves us.. Well where? From an objective point of view, this C3 isn't the best car in the class. Subjectively, though, you could easily argue that there's nothing in this segment to touch it. It all depends on how you view the automotive world. We think this C3 makes it a brighter place. 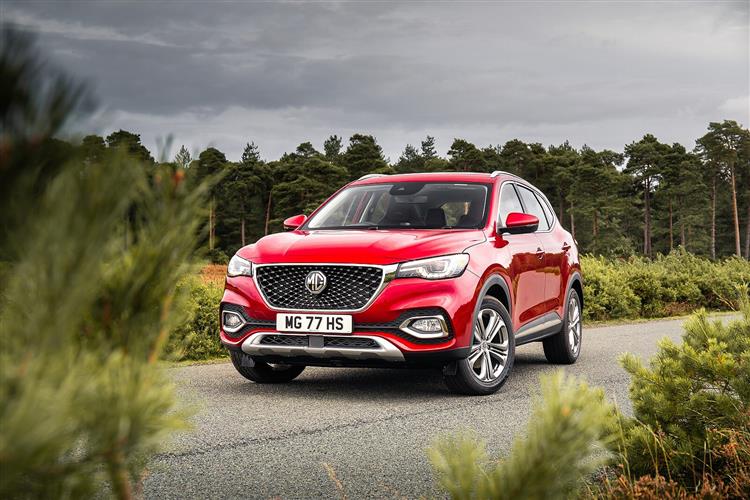 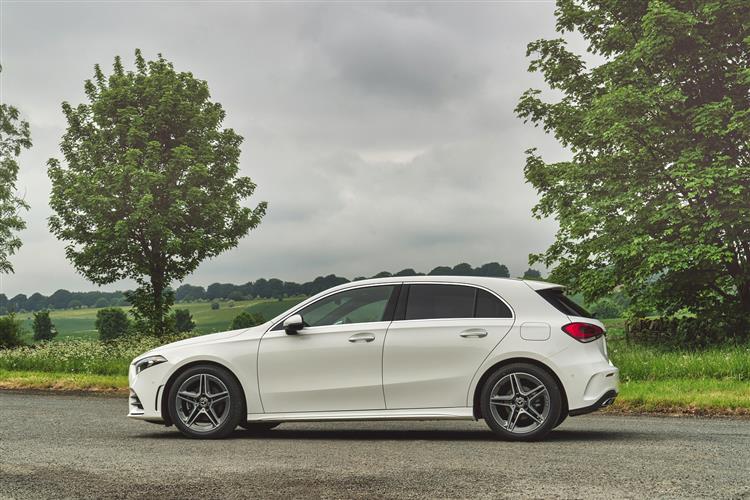 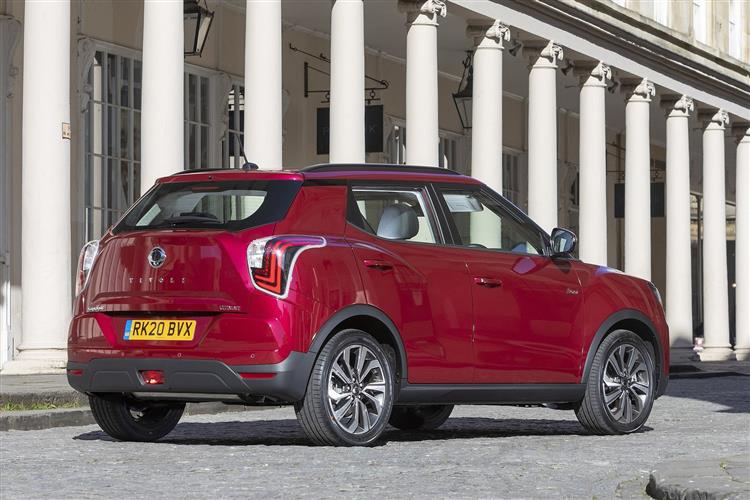 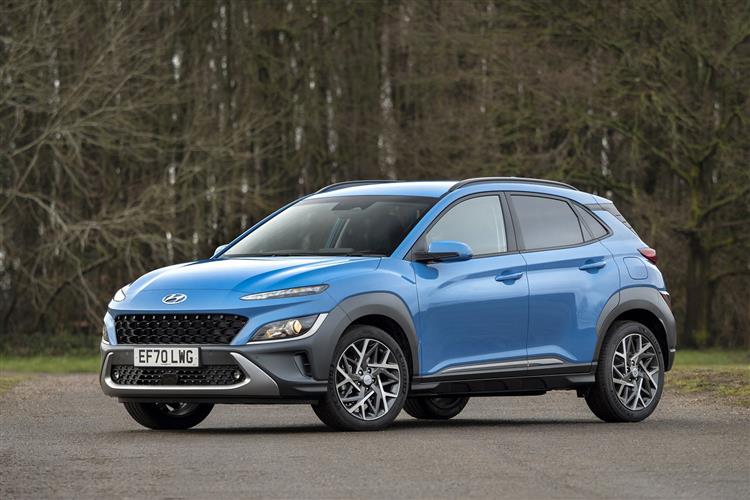