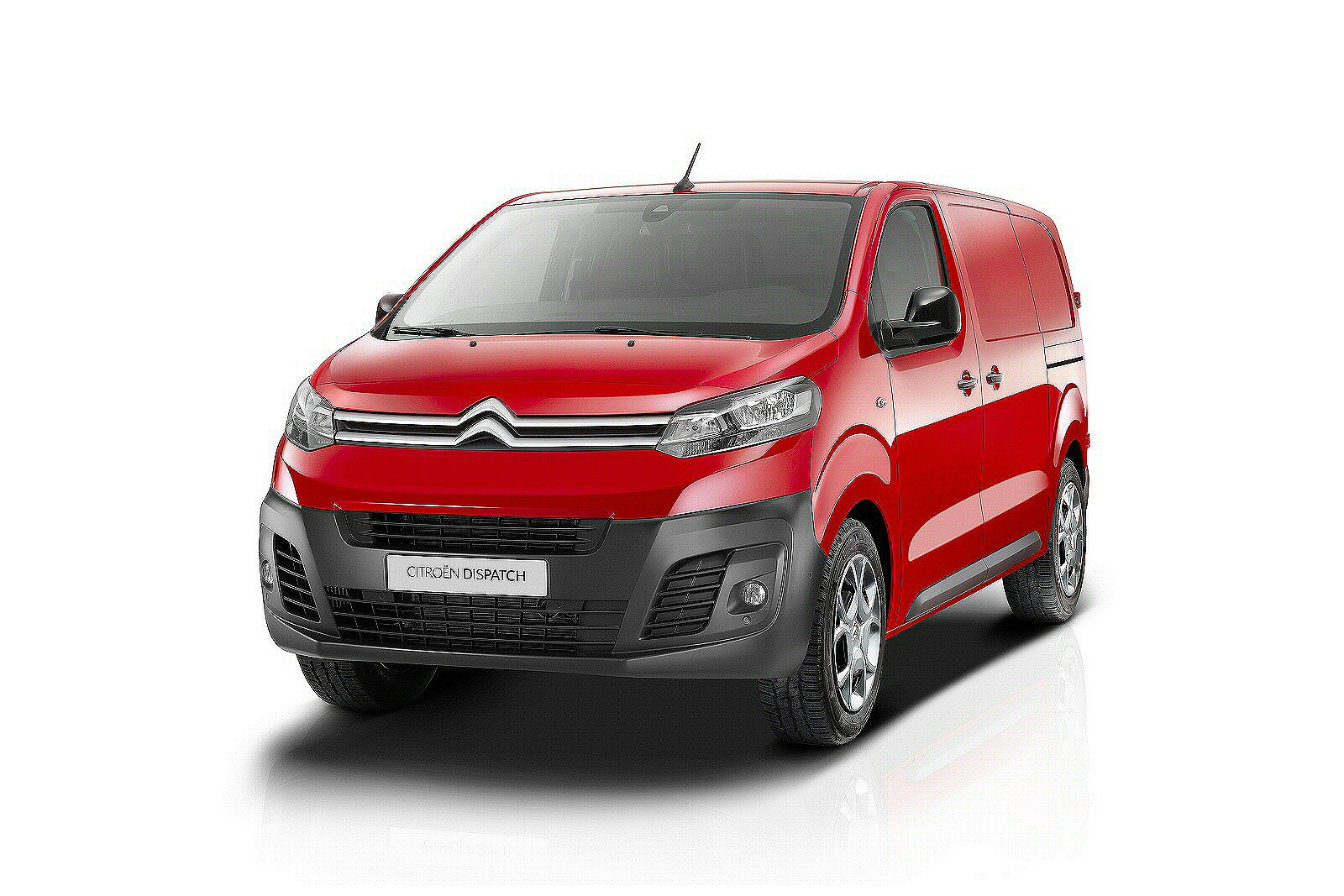 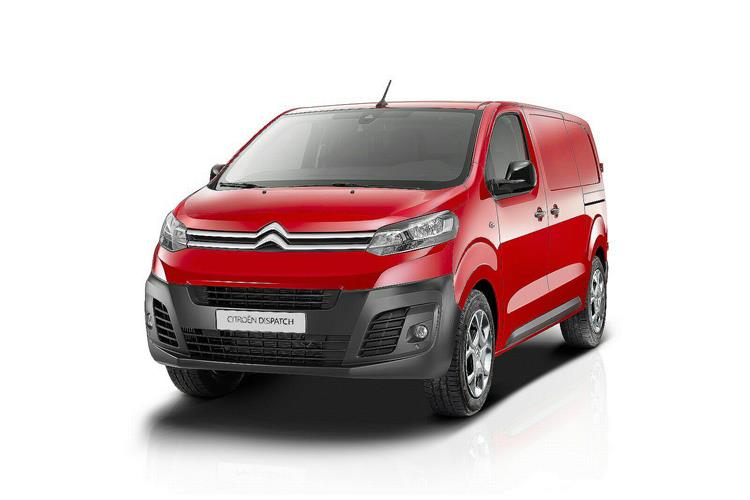 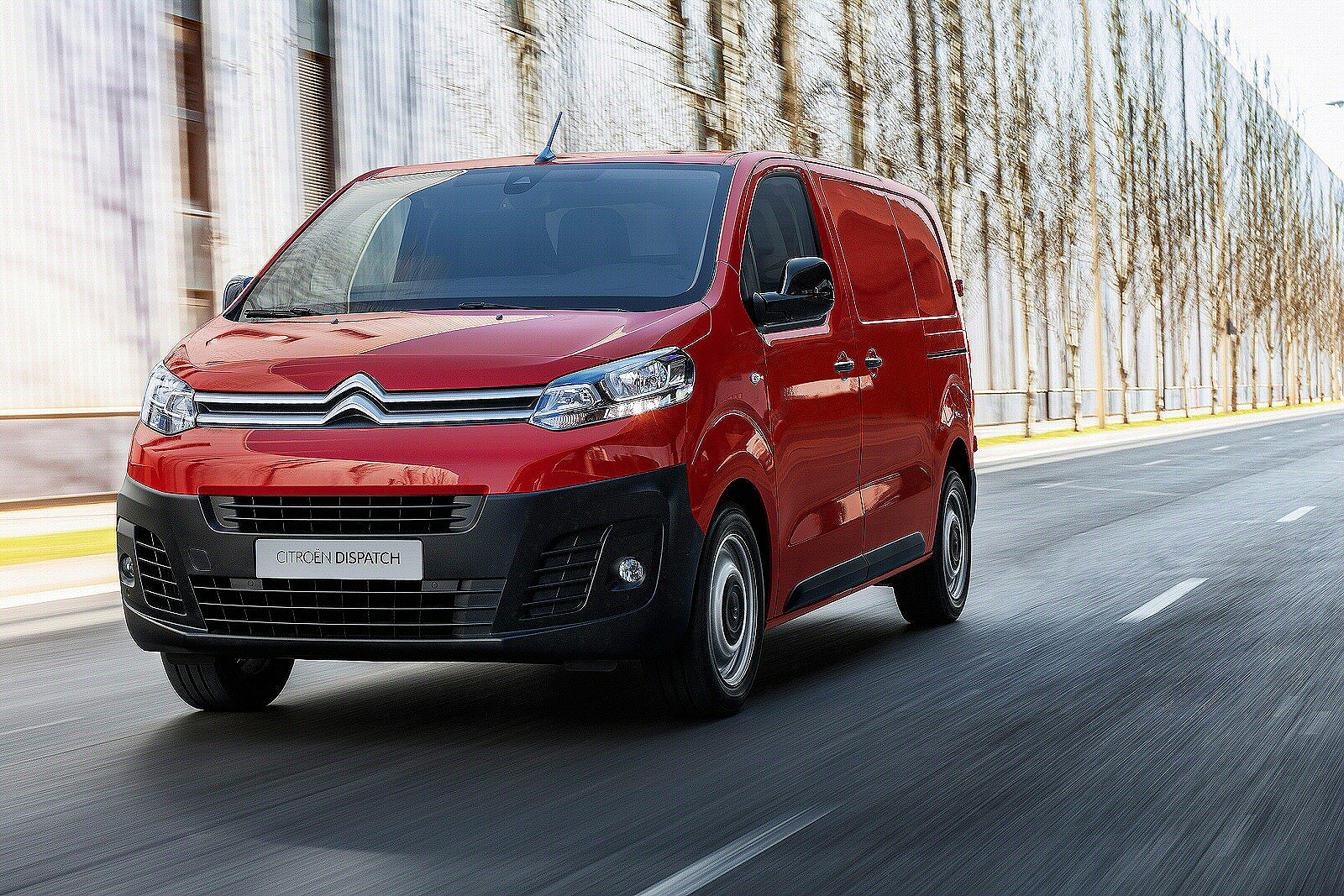 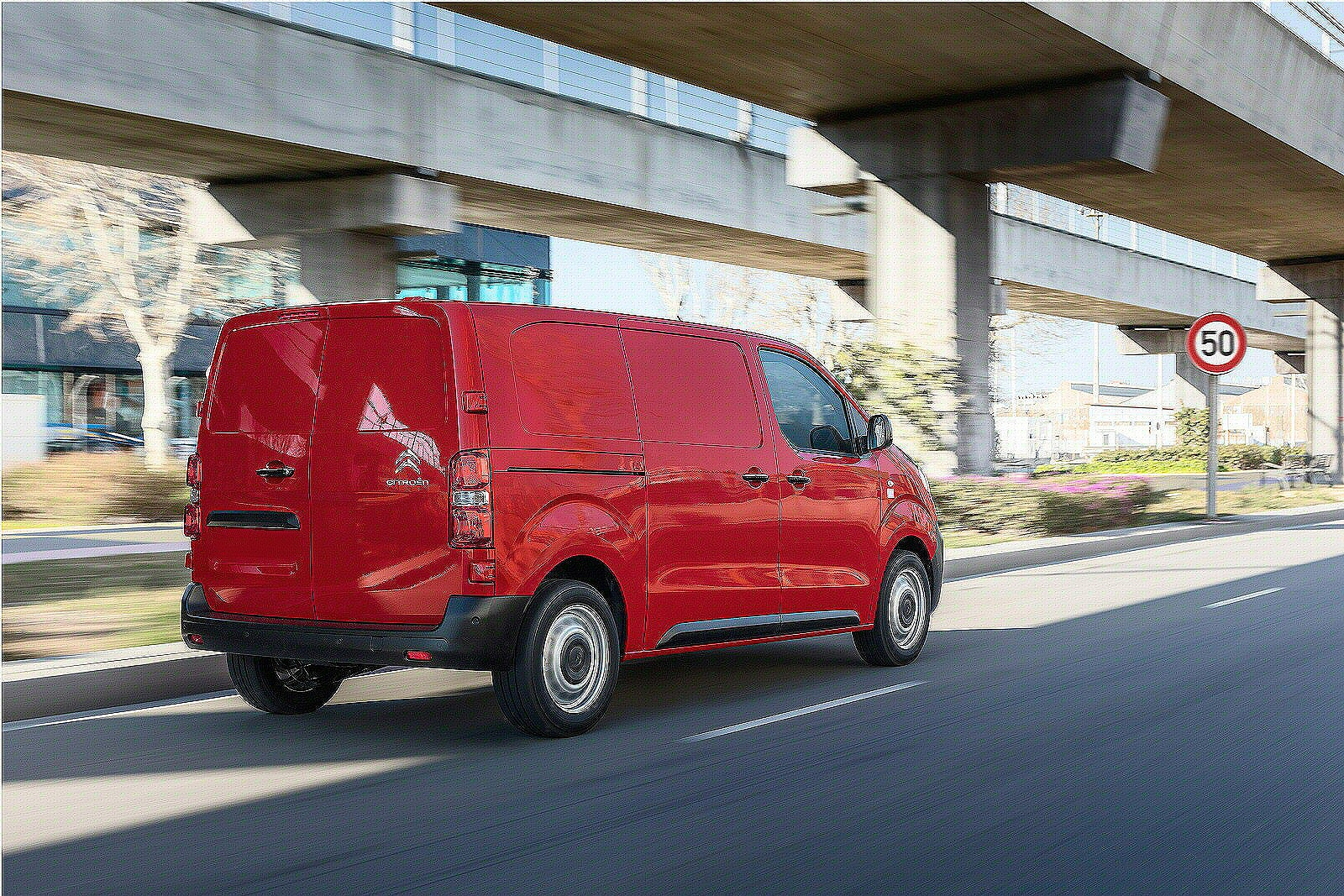 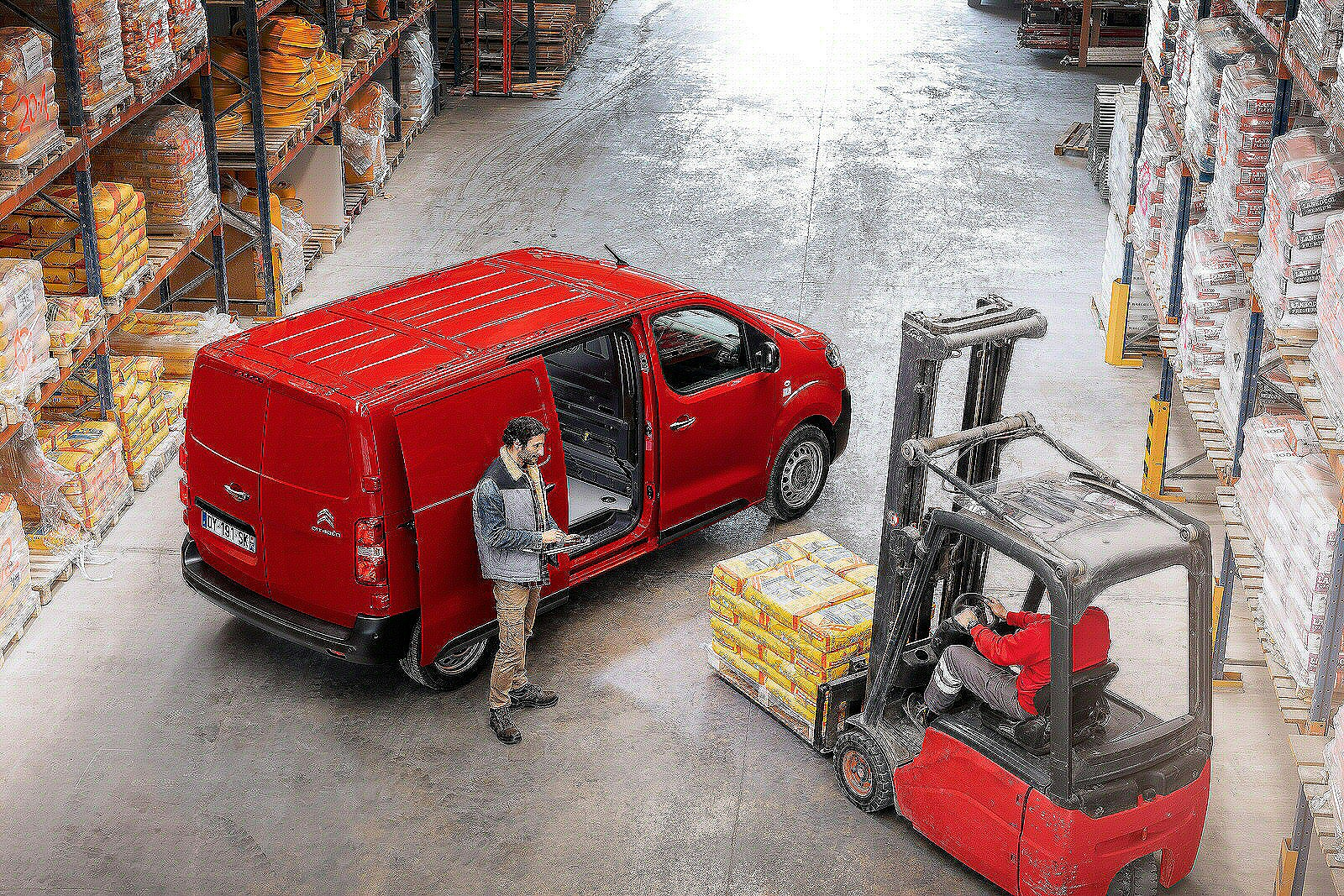 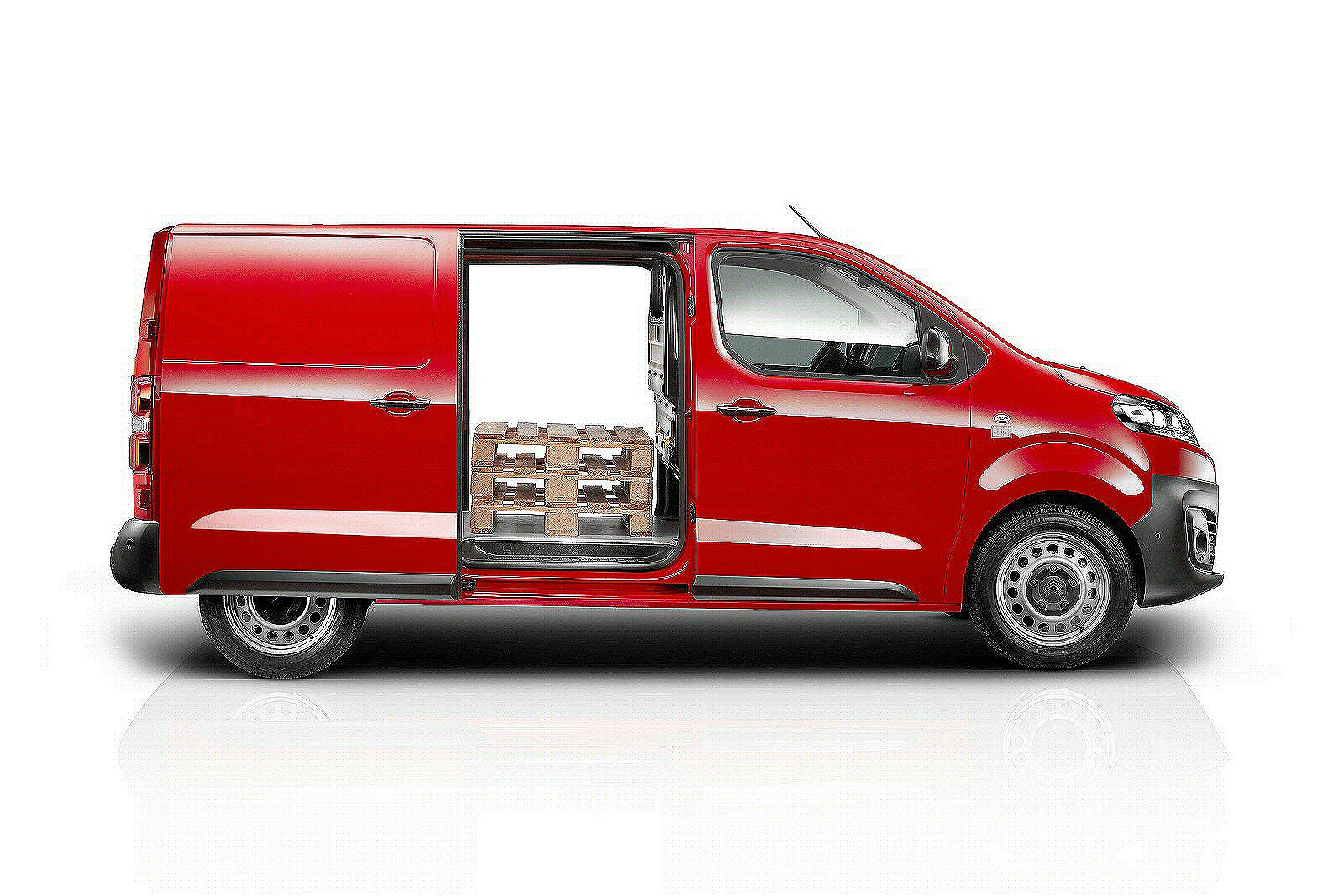 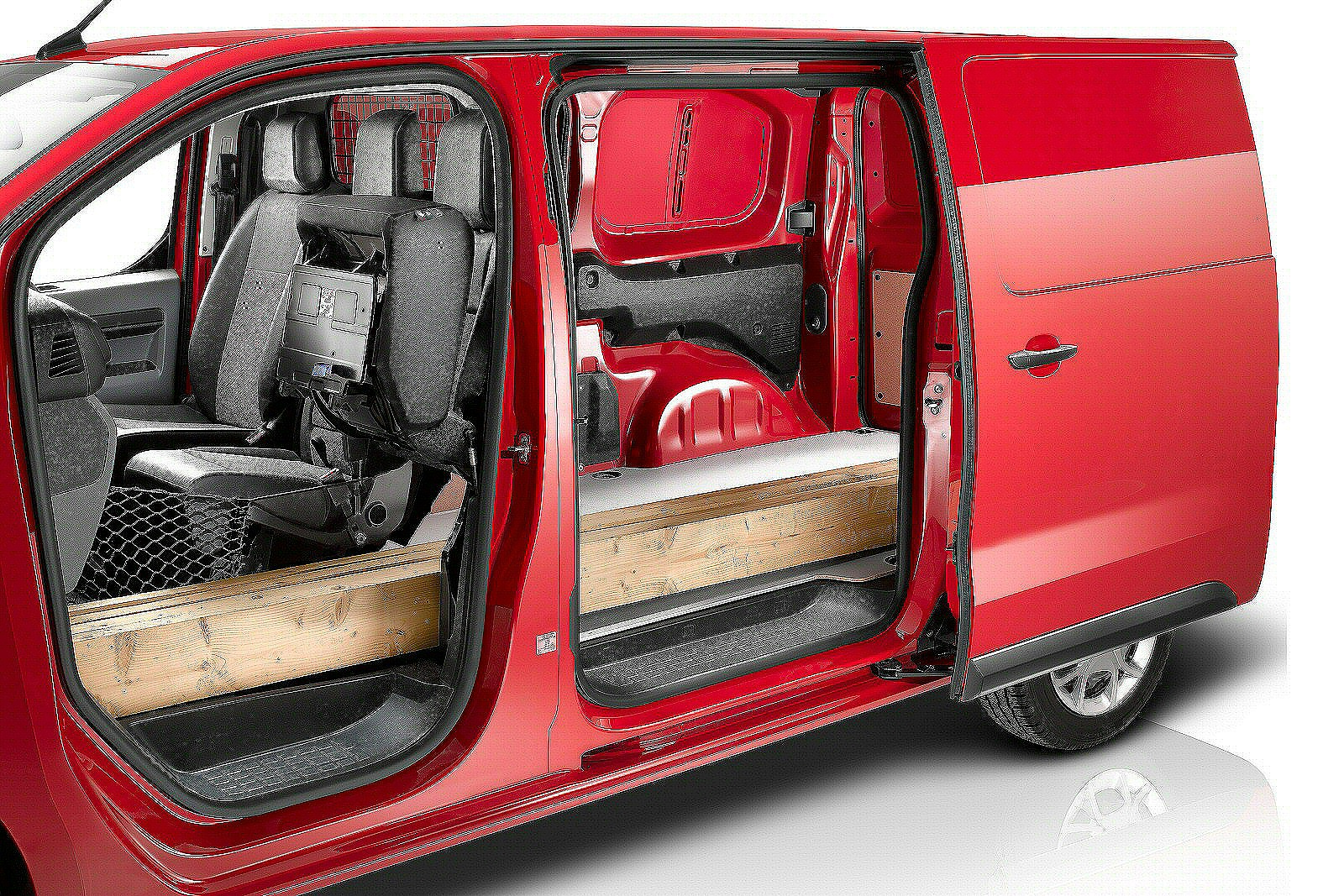 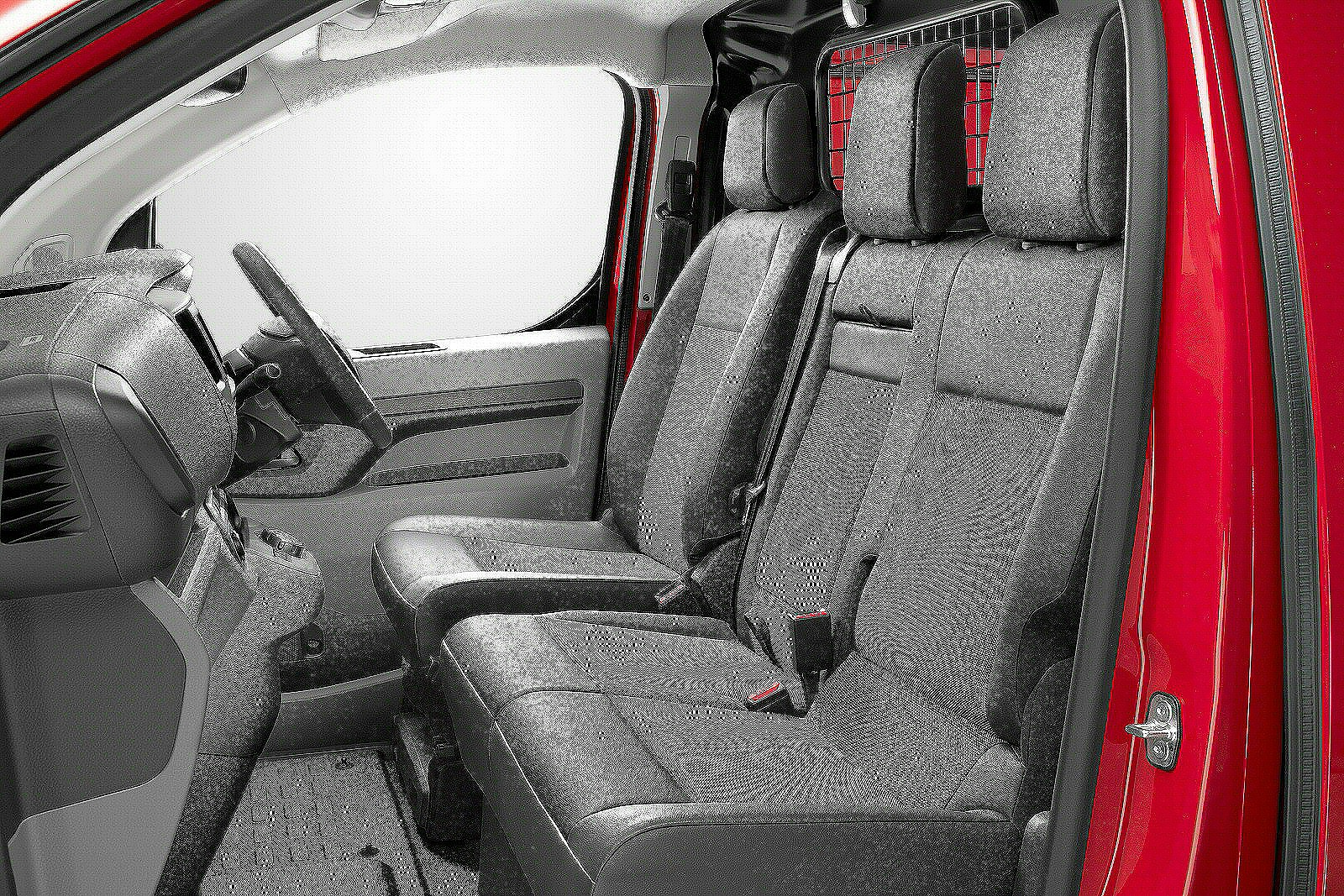 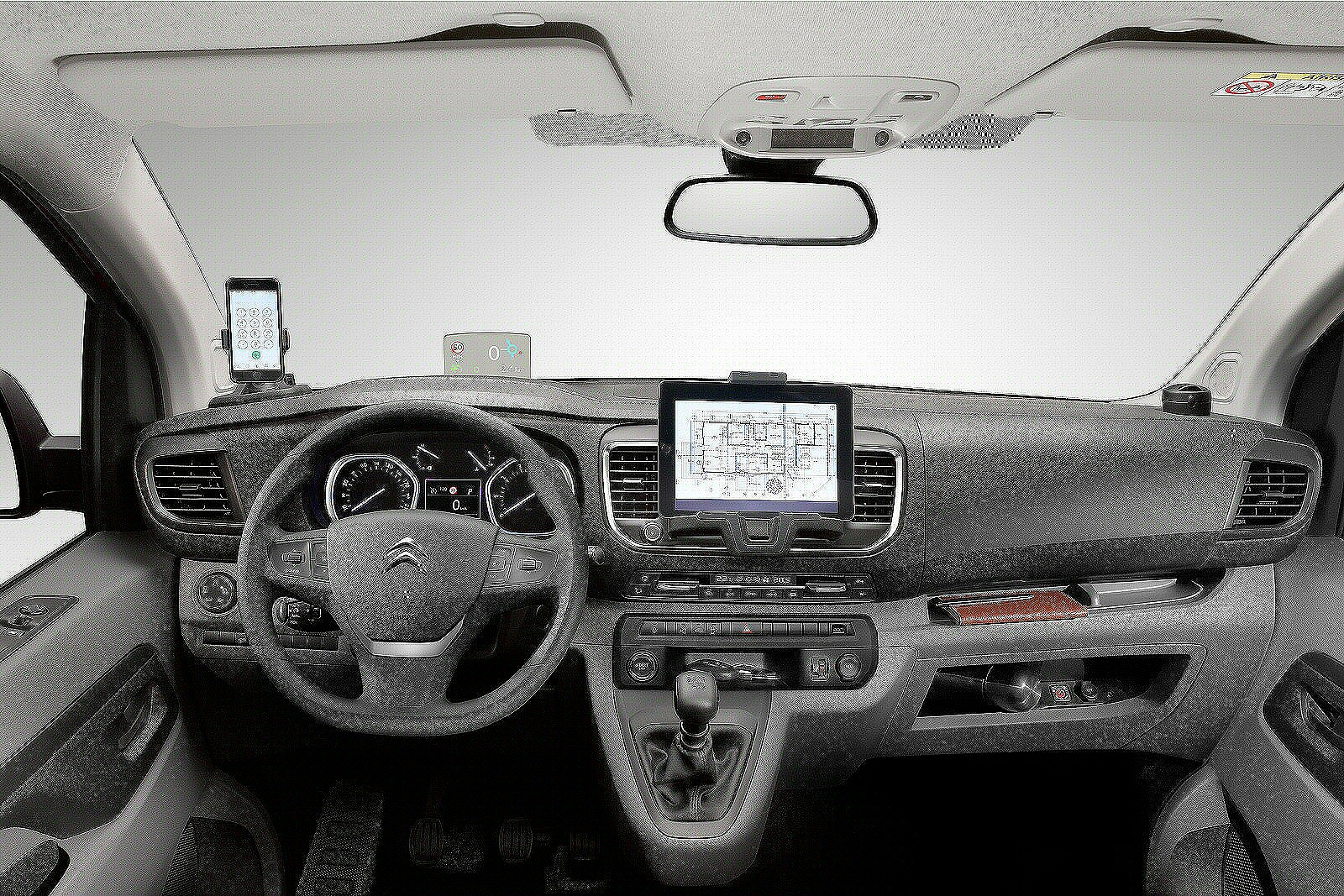 Citroen reckons that this third generation Dispatch van is its most important commercial vehicle for two decades. Jonathan Crouch checks out what's on offer.

With this third generation Dispatch, Citroen aims to almost double its market share in the LCV sector, so this van had better be very good indeed in this MK3 model guise. This is Citroen's new-generation Euro6-compatible entry in the volume medium-range van sector, where VW Transporters, Vauxhall Vivaros, Mercedes Vitos, Renault Trafics and Ford Transit Custom models rule the roost. Taking on this lot isn't something you'd want to do single-handed, so the French brand has chosen to share this design not only with its partner Peugeot's Expert model, but also with Toyota's Proace, Vauxhall's Vivaro and Fiat's Talento: all these vans share the same platform. The previous generation version of this vehicle didn't significantly trouble the main players in this segment. This MK3 model though, has got itself sorted out, with more sophisticated design and larger load volumes that rival anything in the class. You get clever design, proven engines and low running costs in a package that certainly works on paper. Whether it'll cut the mustard day-in-day-out though is what we're here to find out.

Citroen reckons that the handling on this MK3 model Dispatch has narrowed the dynamic gap in this regard to the class-leading Transit Custom. Engine choice in a Dispatch is pretty straightforward, provided you've a clear idea of the kind of work you want it to do. Sensibly, all the Euro6.2-compliant units on offer are diesels and if your needs are mainly based around lighter loads and short distance urban work, then the entry-level 100hp 1.5-litre BlueHDi 100 unit may well be quite sufficient. There's also a 1.5 BlueHDi 120 engine mated to the brand's smooth EAT8 auto gearbox. Otherwise, you'll be looking at a 2.0-litre BlueHDi diesel, either the BlueHDi 120, the BlueHDi 150 or the BlueHDi 180 (the latter unit available only with 8-speed EAT8 automatic transmission). There's also a full-electric version, the e-Dispatch, which offers a 148 mile driving range with a 50kWh battery or a 211 mile range with a 75kWh battery. A key factor behind the success of the previous generation Dispatch was the way it remained compact and wieldy in the manner of smaller, more car-like vans from the class below. This model's bigger of course, but it retains much of that same usability around town and rides much better thanks to revised suspension and a stiffer EMP2 platform. Special wishbone filtering dampens the impacts of our country's terrible tarmac and the variable stiffness springs and shock absorbers deliver surprising levels of comfort whether the vehicle is loaded or unloaded. Citroen also claims that refinement is much improved this time round. And, as before, there's the option of a Grip Control traction system. We also like the 'Driving time warning system' which flashes up a dash warning after two hours of uninterrupted driving at speeds of 40mph and above.

This Dispatch may share much under the skin with its Peugeot Expert PSA Group stablemate but visually at least, it has its own distinct personality, Citroen's designers having gone for a fluid, softer face with a short bonnet and high headlamps. Visually, it's quite hard to pigeon-hole this vehicle into a particular market category. You can see that it's bigger than something like a Berlingo or Kangoo-sized Peugeot Partner but you might question whether it has the volume to take on medium range vans of Transit or Vito size. As we'll see, it has. On board, Citroen's designers have concentrated on improving ergonomics and driving comfort this time round. You get the usual high seating position and three-person bench. And there's certainly more cab storage space - 49-litres of it in the standard van version. Providing you haven't bought in with entry-level trim, the first thing you'll probably notice about the restyled interior is 7-inch colour touchscreen that's now been added. It can work with voice control and offers the usual 'phone and media features, plus an optional 3D Navigation system.

Pricing for his Citroen is, as you might expect, pretty much identical to that of its Peugeot stablemate. That means VAT-exclusive asking figures that'll probably see you paying somewhere in the £20,000 to £30,000 bracket for your Dispatch, depending upon the bodystyle you choose. As well as the usual panel van, there are Platform Cab and Crew Van options. Van customers get a choice of 'Compact, 'Standard' or 'Long' body lengths. Buyers choose between 100, 120, 150 and 180hp BlueHDi diesel engines and there are four trim levels - 'X', 'Enterprise', 'Worker' and 'Driver'. The e-Dispatch full-electric models start from around £25,000 (ex. VAT). Equipment levels across the range are a lot more complete than they used to be for Dispatch owners. All models now get twin front airbags, a DAB radio, Bluetooth 'phone compatibility, cruise control with a speed limiter and twin sliding side doors. As usual, there's a full steel bulkhead and a three-person front bench. At the top of the range, plusher models further include 16-inch alloy wheels, a rear parking camera, metallic paint, auto headlamps and wipers, body-coloured bumpers and an upgraded payload. New safety features include Road sign reading that flashes road signs up on the dash as you pass them. Plus, depending on trim level, your Dispatch can now come with things like 'Driver Attention Alert' to combat drowsiness, a Lane Departure Warning System, Blind Spot Monitoring, Automatic main beam switching, a head-up display and Active Cruise Control. You might also want to specify the 'Park Assist 180' camera system.

Buyers choose between three key Dispatch bodystyles - panel van, Combi van (with second and third row seating) and Platform cab (for various conversions). Most will want the panel van, which claims best in class interior space and comes with a choice of two wheelbases - one at 2.92m specific to the smaller 'XS' version and the other at 3.27m common to the 'M' and 'XL' variants. As for carriage capacity, the biggest 'XL'-spec van version can take up to 6.6m3, while the mid-range 'M' version manages 5.8m3 and the 'XS' model 5.1m3. Depending on bodystyle, the loading length varies between 3.32 and 4.02m and there's 1.26m of width between the wheelarches. The 'XS' and 'M' models get 1.90m of interior height, this increasing to 1.93m in the 'XL' variant. The new oblique wishbone rear suspension supports a payload of 1,400kg to make the most of the load volume. There's a towing capacity of up to 2.5-tonnes. Twin sliding side doors are standard and they can be ordered in a form that'll allow you to open them with a wave of your foot - ideal if your hands are full. Most models will be fitted with 50/50 swing doors, and these can be specified to swing round to 250-degrees. Inside the cargo area, there are the usual options to trim up the sides or to add a full ply-lining kit. A nice touch is the optional Moduwork feature. Here, the side passenger seat can be lifted to provide extra space with a flat floor and a large flap in the bulkhead, offering a useful storage length of up to 4m. As for running costs, well depending on BlueHDi diesel engine choice, you'll manage between 45 and 55mpg on the combined cycle and between 133 and 151g/km of CO2. As for the full-electric models, well the base 50kWh has a WLTP range of up to 148miles and can be charged by an iikWh wallbox in four hours and 45 minutes. The 75kWh version has a WLTP range of up to 211 miles and can support up to 100kW Rapid Charging, with an 80& top-up taking just 30 minutes.

Make no mistake, this is the most important Citroen van we've seen since the launch of the original Berlingo twenty years ago. It forms the basis for a luxury MPV in the brand's passenger car range (badged the Space Tourer) and will be key in persuading many companies currently using Ford Transit Customs, Vauxhall Vivaros and Volkswagen Transporters that they really should be taking a closer look at what the Double Chevron brand has to offer in the medium range segment. 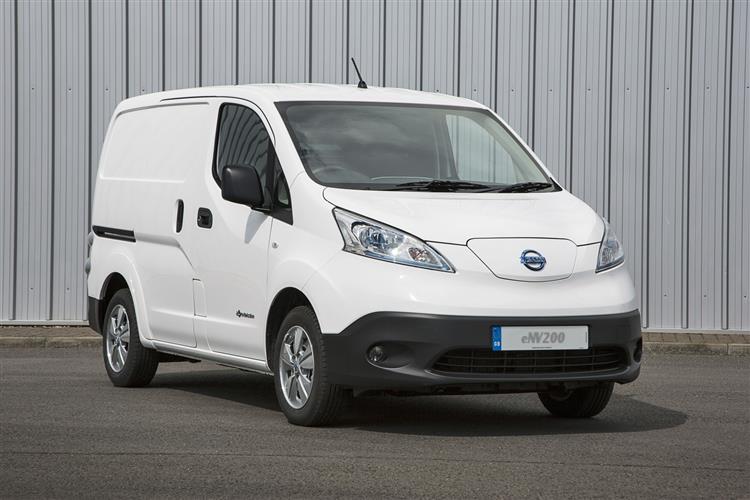 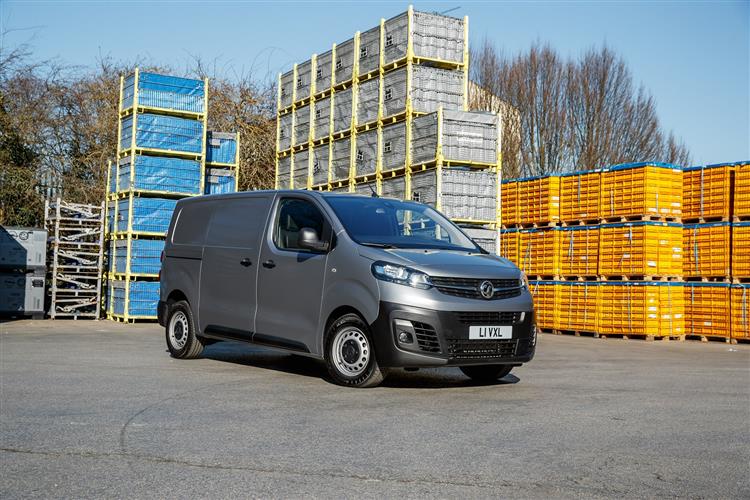 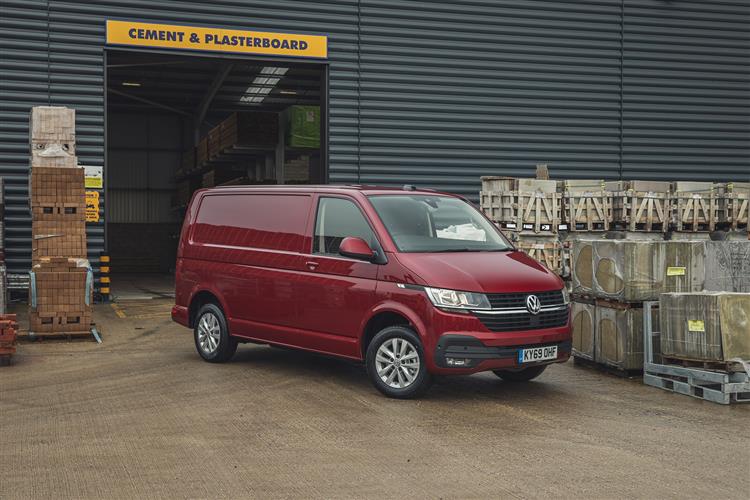 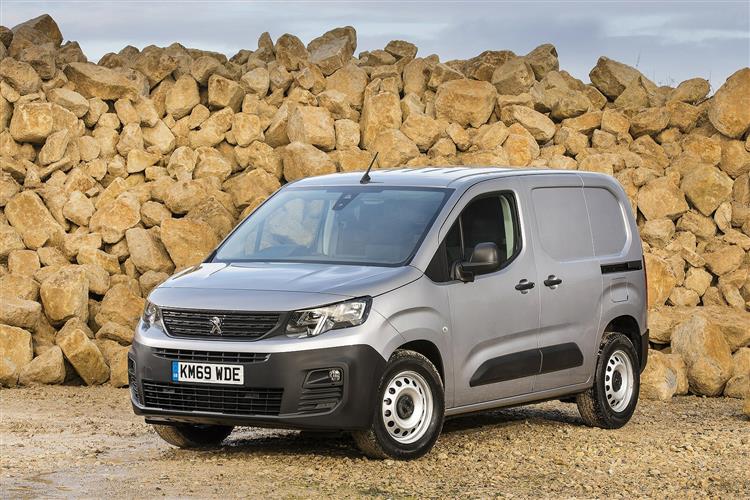